WCPF has members all over the world

The sole aim of the Wild Camel Protection Foundation is to protect the critically endangered wild camel (Camelus  ferus) and its habitat in the fragile and unique desert ecosystems in the Gobi and Gashun Gobi deserts in north-west China and south-west Mongolia. It is the only charitable environmental Foundation in the world which exclusively has as its aims and objectives the protection of the critically endangered wild camel and its unique desert habitat.

At an International Camel Conference in Beijing in 2000, hosted by the WCPF, agreement was reached between the Deputy Minister from the MNET and the Vice Minister of the Chinese State Environment Protection Administration (SEPA) to co-operate to protect this trans-boundary migrating animal. A Letter of Intent whereby both countries agreed to exchange relevant data and work together over the protection of the wild camel and its fragile desert ecosystem was signed.

The offices of the Convention of Migrating Species (CMS) have fully supported the work of the (WCPF) to educate people in China and Mongolia on the importance of protecting the wild camel.

A 155,000 square kilometre Lop Nur Wild Camel National Nature Reserve was established in 2001 and was granted National Reserve status in 2003. The Reserve is managed by the Wild Camel Reserve Office of the Xinjiang Environmental Protection Bureau. The Wild Camel Protection Foundation is the sole international consultant and adviser for the Reserve.

The WCPF Mongolian registered NGO has as its sole purpose the protection and conservation of the wild camel (khavtgai, хавтгай) and its habitat in Mongolia. Its establishment now means the Mongolian scientists are directly involved in the local management and work currently being undertaken to protect and conserve the wild camel in Mongolia.

The species has suffered a drastic reduction in its range. It now occurs only in three separated habitats in northwest China (Lake Lop, Taklamakan desert and the ranges of Arjin Shan) and one in the Trans-Altai Gobi desert of southwest Mongolia.

The camels are migratory, and their habitat ranges from rocky mountain massifs to flat arid desert, stony planes and sand dunes.

Wild camels are diurnal, sleeping at night in open spaces and foraging for food during the day. Shrubs and grass form the bulk of the diet, with the animals being well adapted to feed on thorns, dry vegetation and salty plants, which other herbivores avoid. Excess fat is stored in the humps and used as a reserve when food is scarce.

There are approximately 600 individuals surviving in China and approximately 450 in Mongolia. In contrast, there are over 2 million domestic camels currently living in Central Asia.

More about what we do 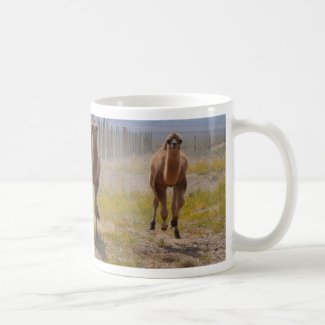 Donate now or become a member